deriv
Get a free
$10.000
demo account!
Signup Now
Your capital is at risk

SAFCOIN is Africa’s first-ever cryptocurrency token, which launched its Initial Coin Offering (ICO) in July 2018. SAFCOIN will be available exclusively to South Africans at first, but eventually aims to expand into becoming an African global cryptocurrency.

While claiming to be the cryptocurrency revolution Africa has long been waiting for with bold language and an impressive website, SAFCOIN was found to be a scam that preys on South African’s potential “unfamiliarity” with cryptocurrencies.

Without further a due, these are the three red flags we found that prove SAFCOIN is nothing but another scam in the industry.

South Africans would be advised to look through these red flags carefully, so they can easily recognize them again in the future.

Safest way to trade cryptocurrencies is with IQ option South Africa. Use CFDs so you don’t have to worry about safety of your wallet. You can profit from falling prices too! 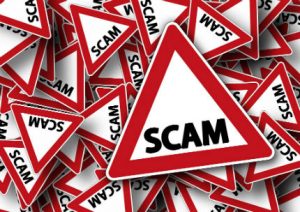 Red Flag 1: The Whitepaper Gives No True Information or Value

The first thing to examine when looking at a new token launch that claims to “revolutionize” the industry, is the white paper.

What is a whitepaper?

A whitepaper is an official and essential document that serves as a detailed report addressing exactly what the project is, how it plans to be implemented and, perhaps the most critical part, what industry problem it solves and how it plans to solve it. Therefore, this report naturally requires a certain degree of technical knowledge and analysis.

The SAFCOIN white paper completely lacks this technical analysis and has been created in a form that resembles a PowerPoint presentation in which the exclusive goal of the entire project appears to be making investment in cryptocurrencies easy and understandable for all Africans.

The majority of the whitepaper, as well as their entire site, is filled with bold statements and buzzwords, while completely lacking any substantial explanation of what SAFCOIN will bring to the market and how exactly it will work. It claims to gradually become a widely accepted form of payment but in no way addresses how they plan this to happen. They vaguely mention that they plan media and investment outreach activities across the continent but nowhere specify what these are.

This pattern continues when they refer to current discussions to integrate SAFCOIN as a payment method with a leading e-commerce development company in South Africa, again without giving any reference to the name of the company.

In fact, the entire SAFCOIN white paper ad website itself raises more questions than it does answer them, a fact that can only be perceived as a massive red flag.

While the lack of knowledge appears to be the only gap in the market identified in the white paper that SAFCOIN will address and potentially solve, Neil Ferreira (the founder of SAFCOIN) uses phrases like “late sleepers” and “missed out opportunity” to encourage South Africans to quickly jump on the bandwagon and “be part of history and wealth”.

He states, “The start-up phase is the most lucrative time to invest in cryptocurrencies, but Africans have missed the boat on many of the global start-up opportunities”. Referencing the Bitcoin rush and success stories from all around the globe as missed opportunities to record massive returns on investment, Ferreira encourages South Africans to “secure their wealth” with SAFCOIN.

Even when scrolling through their website, no extra value is given to the project. On the website they have added two videos that could have been used as a tool to explain is SAFCOIN legit project in a different form, but instead linked two generic videos explaining what the blockchain is, one from The World Economic Forum (WEF) and the other directly from YouTube.

The entire SAFCOIN project only seems to raise one red flag after the other, appearing entirely in the form of a pitch full of buzzwords and vague descriptions that prove to have no true aim, technical research or proper adoption plan to back them up.

South Africans would therefore not be encouraged to invest in such a risky project, but instead choose safer and well-established companies that they can trust.

One should always look beyond the marketing talk and impressive buzzwords that new cryptocurrency projects like SAFCOIN often push, but carefully examine what the new token actually offers and what research has been made to back their adoption plan up.