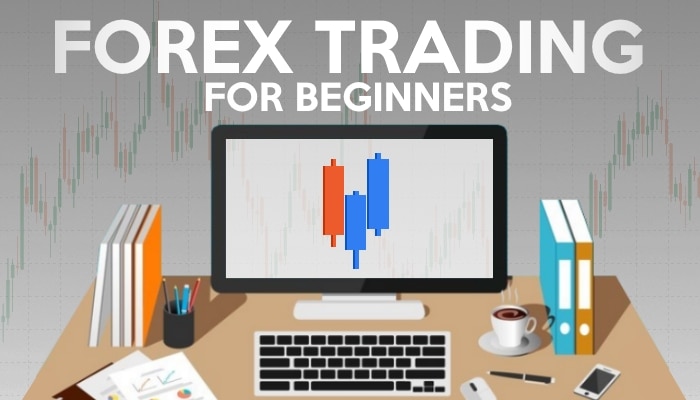 Learn the secrets of the pros and get an advantage in the Forex market!

It’s already well-known that it’s quite hard to become a profitable Forex trader. Nevertheless, Forex trading is accessible, exciting, educational and offers traders lots of opportunities. This article will teach you how to become a successful Forex trader and also, show you the best trading practices for beginners. In fact, since you are reading this, you are already on the right path. You can always try using a demo account where you do not risk your own funds in order to get a better understanding of the market. For instance, you can create a demo account here. Now, let’s look at some valuable Forex trading tips for beginners.

How do I Stay Calm?

As exciting as trading can be, it is still a stressful work. There will be a lot of setbacks on your way to the top. Emotions can force your hand to open a trade too early and/or close it too late. The main cause of stress for beginners in trading is the fact that some Forex trades will end in loss no matter what, it’s just the way the market is. Just remember that war is not won with a single battle but then again, it is overall performance that counts, which by the way, is a good reason to keep a trading journal.

How do I Finance My Trading?

Only one kind of money is good for investing and that is the kind that you are willing to lose. If at all possible, without damaging your physical and/or mental well-being in the process. Before you start trading you should familiarize yourself with the market and the terminology of the forex market.

What is a Pip?

The smallest price change that a given exchange rate can make. Since most major currency pairs are priced to four decimal plac

es, the smallest change is that of the last decimal point. A common exception is for Japanese yen (JPY) pairs which are quoted to the second decimal point.

What is Base Currency?

The first currency quoted in a currency pair on forex. Moreover, it is typically considered the domestic currency or accounting currency.

What is a Cross Currency Pair?

A pair of currencies traded in forex that does not include the U.S. dollar. One foreign currency is traded for another without having to first exchange the currencies into U.S. dollars.

What is a Currency Pair?

What is a Quote Currency?

Now that we have reviewed basic terminology, let’s have a look at some of the differences between trading stocks vs. currencies. In currency trading you always compare one currency to another so forex is always quoted in pairs. Occasionally authors of currency research will refer to only one half of the currency pair. For instance, if an article is referring to the Euro (EUR) trading at 1.3332 it’s assumed the other currency is the U.S. dollar (USD). When looking at the quote screen for the first time it may seem confusing at first, however, it’s actually very straightforward. Below is an example of a EUR/USD quote.

The quote example shows traders how much one euro is worth in US dollars. The first currency in a currency pair is the “base currency” and the second currency is the “counter currency” or secondary currency. When buying or selling a currency pair, the action is being performed on the base currency. For example, traders bearish on Euro, could sell EUR/USD. Now, when selling EUR/USD, the trader is not only selling Euro but is also, buying US dollars at the same time. Thus, the pair trade. Let’s say that you sell the EUR/USD at 1.4745. If the EUR/USD falls, that means the euro is getting weaker and the U.S. dollar is getting stronger.

How do I calculate my Wins or Losses?

You might have also, noticed the quote price has four places to the right of the decimal. Currencies are quoted in pips. A pip is the unit you count profit or loss in. Most currency pairs, except Japanese yen pairs, are quoted to four decimal places. This fourth spot after the decimal point (at one 100th of a cent) is typically what traders watch to count “pips”. Every point that place in the quote moves is 1 pip of movement. For example, if the GBP/USD rises from 1.5022 to 1.5027, the GBP/USD has risen 5 pips. Now depending on the lot size (standard, mini, micro) the monetary value of a pip can vary according to the size of your trade and the currency you are trading. The most common lot size is to trade in increments of 10,000 (mini). This is 0.1 full-size lot. A lot size of 10,000 for the EUR/USD is worth $1.00 per lot. If you were trading 3 lots or 30,000, each pip is worth $3 in profit or loss. A full-size lot, or standard lot, is 100,000 where each pip is worth $10, and a micro lot size is 1,000, were each pip is worth $0.10. Some currency pairs will have different pip values. Be sure to check with your broker.

What is a Spread?

Looking at the quote image above, notice the small number of pips between the two quoted currencies; the difference in prices is 1. This is known as the spread. The spread is how the broker makes their money and acts similar to the bid/ask in stock trading. Not all spreads are created equal. The spread differs between brokers and sometime the time of day can cause volume to be light and the spread to increase at some brokers. One of the nice things about trading currencies is that you can find a broker who offers zero spread or zero commissions. Lastly, remember to use every available opportunity to learn. It’s a never-ending process!